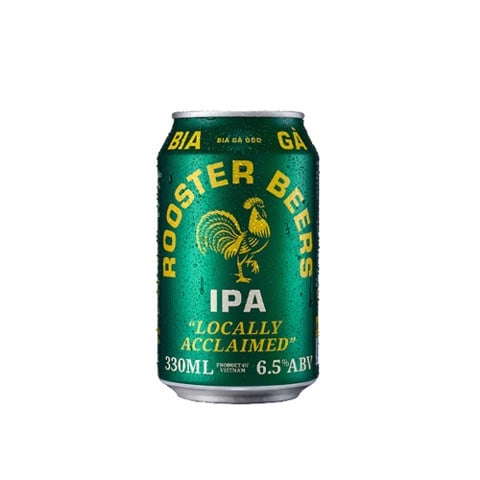 We make all of our beers extremely drinkable. For an IPA, this is a challenge. We begin with the friendliest hops found. Mosaic is our bittering hop. Amarillo and Citra hops are it’s buddies. This easy going blend results in the most drinkable IPA strut’n around town.

Instead of relying on stunts and gimmicky flavors, Rooster focused on six classic styles of beer—blonde, pale, dark, IPA, hefe, and pilsner—straightforward brews that are crisp and refreshing, right at home in a Vietnamese taproom and approachable for newcomers to craft beer. In fact, the brand eschews much of the attitude and flair commonly associated with the craft beer scene, opting for something that feels local and deeply rooted in Vietnamese culture.

Thank you for your interest in Nam An Market products!
Nam An Market will inform you as soon as available.
https://namanmarket.com/products/bia-ipa-rooster-beers-330ml-47
You must confirm over 18 years old
Confirm Cancel